At the site Fourteen Acres’, directly west of the Birr Barracks (NIAH Reg. No. 14820012), in Crinkill, Birr the IAFS undertook archaeological excavations in partnership with Offaly County Council and local historian Stephen Callaghan.

At ‘Fourteen Acres’ a series of mock training trenches were constructed during World War One (WW1); these are recorded in a newspaper report on 7 August 1919 in the Kings County Chronicle, which records a staged mock battle as well as ‘sandbagged’ trenches. Birr Barracks itself was constructed primarily from 1809 to 1812 as a permanent military garrison for Birr but was burnt to the ground by members of the Irish Republican Army who opposed the Anglo-Irish Treaty on July 14th, 1922. Unfortunately, due to its systematic demolition for rubble, very little of the original barracks now remains.

Geophysical survey by Ashely Green (Bournemouth University) and the IAFS was undertaken at the site in December 2018. The survey revealed evidence of several anomalies, which could represent training trenches. Archaeological excavations were later undertaken to determine if WW1 era trenches survive at the site, as recalled in both historical and oral records; the latter of these indicate the trenches were only backfilled in the last 30 years. The excavations took place in August 2018 and revealed two linear sets of training trenches, an old gas pipeline and a shallow linear of indeterminate function. The dig was organised as a community excavation, was open to the public, and coincided with the 50th celebration of Birr Vintage Week from Friday 3rd to Friday 12th August 2018.

Shine, D., Callaghan, S., Green, A. and Arrigan, B. In Press. The Search for World War 1 Training Trenches at Birr Barracks. Archaeology Ireland 33(2). 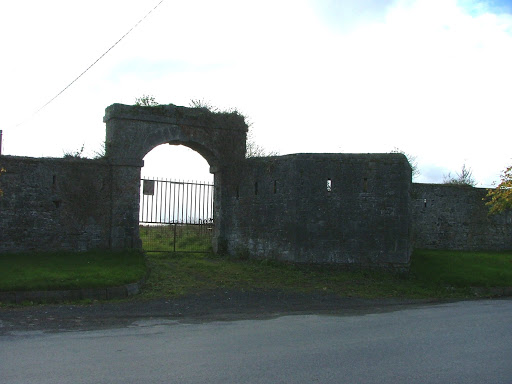