(for more detail see below)

In December 2019 the IAFS led a community excavation in the field surrounding Clone Church, Clone townland in Co. Wexford. Clone Church, located 2.5km outside of Ferns village, is in the ownership of the Office of Public Works (OPW) and is a recorded monument (WX015-023002-(graveyard) and WX015-023001- (church)) protected under the National Monuments Acts. The field surrounding the church, where the excavations took place, is owned by Tom Breen, who kindly supported this research. The excavations were conducted under licence (19E0766) to the National Monuments Service and funded by both the Ancient Connections Project/Wexford County Council and the private resources of the Irish Archaeology Field School (IAFS).

The main agenda for the excavation and associated works in 2019 was to:

Excavations were concluded in one week (from December 9th – 14th) when two cuttings were opened, dug, assessed and backfilled. Both cuttings were found to contain multiple archaeological features. In Cutting 1 a ditch (and associated fills) – interpreted as the outer monastic enclosure – was recorded in addition to two furrows and an area of burning. In Cutting 2 a second ditch (and associated fills) – interpreted as the inner monastic enclosure – was exposed, in addition to two further ‘ditch’ features of indeterminate function, as well as a single furrow. Each of the ditch features was originally identified at the site during geophysical surveys of the site by Ian Elliott of Irish Geophysical and Archaeological Services (IGAS) in October 2019 (License no. 19R0238). All features were devoid of artefacts with recovered finds consisting only of a single body sherd of Leinster Cooking ware and a broken slate roof tile, both of which were recovered from topsoil.

The excavations were undertaken within the context of a larger research project, entitled ‘Discovering St Aidan’s Monastery’. This project is a component of major new heritage initiative being jointly developed by the IAFS, Wexford County Council, and the local community, which will see an international field school commence at Mary’s Abbey, in nearby Ferns, in 2021. This project is partly funded as a part of Rediscovering Ancient Connections – The Saints initiative, a new cross-border arts and heritage project linking North Pembrokeshire and North Wexford.

* this report includes only a preliminary update on the 2019 excavations. A full stratigraphic report will be prepared in 2020, to include radiometric dates and specialist reports.

This field school is primarily funded by the fees you, as students, pay to attend our programs! However, we are also incredibly grateful to be receiving support as part of the Ancient Connections Project from 2019-2022.

Ancient Connections is a new Ireland Wales ERDF heritage and arts project linking County Wexford in Ireland with North Pembrokeshire in Wales, specifically Ferns and St Davids. The aim is to support rural communities and the local economy, improving the cultural offer and attracting more out-of-season overseas tourists. Running from April 2019–March 2022, it will explore the ancient stories that link the two regions, including St Aidan and St David, and motivate communities on both sides of the Irish Sea to rediscover their joint heritage, sharing stories, knowledge, skills and experience.

The project has already secured funds of over €2 million for a suite of work-packages, including Archaeology, Enterprise and Innovation, Community Projects, Festivals and Destination Marketing. The project team are now looking for further public participation for the Archaeology element that will celebrate the distinctive local heritage and involve a wide range of cross border communities. 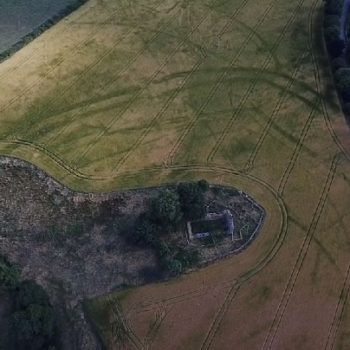