The IAFS coordinated excavations at the Blackfriary archaeology site, in the townland of the same name, in Trim, Co. Meath from 2010-2017. The friary was founded in 1263 by Geoffrey de Geneville, just outside the town walls. The friary was a key component of medieval Trim, and several governmental meetings were held there from the 13th to the 15th centuries. The friary was dissolved by 1540, as part of the Dissolution of the Monasteries. From at least the 18th century the buildings were quarried for stone, and now all that friary ruins are largely subsurface; the site also contains a cemetery, medieval garden and agricultural spaces and Trim Town’s northern boundary.

The dig formed part of The Blackfriary Community Heritage and Archaeology Project (BCHAP), a joint initiative of several partners, also including Trim Municipal District, Meath Country Council, statutory organisations, a range of academic partners and, crucially, the local community. BCHAP can be summarised as having had three main objectives – (A) to provide heritage community outreach and education events (B) to help rehabilitate the Black Friary site into a valuable amenity/green space and (C) for the Black Friary project to gradually migrate to a self-sustaining community driven enterprise.

Highlights of the project include: the rehabilitation of the site from a derelict wasteland; installation of a community garden/orchard; annual delivery of a community calendar, peaking at 33 annual events; the creation, and dissemination, of new knowledge through archaeological excavation.

Perhaps the greatest success of the project was its ability to capture the interest and support of the community of Trim. As a result of the project is becoming a more community focused and driven entity, allowing the Irish Archaeology Field School to move to support new community projects! 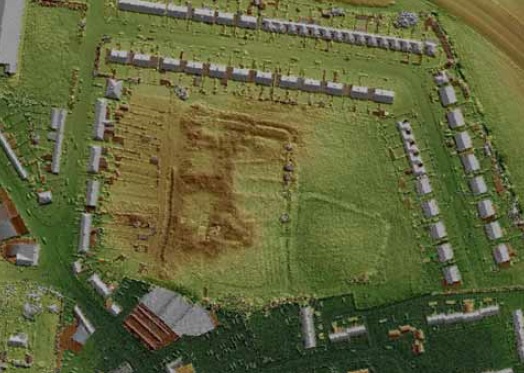